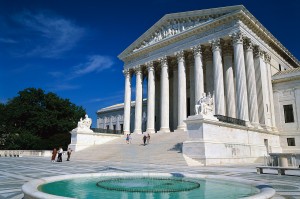 This may be a little late in the game, but it is still important to note that according to the California Apartment Association (CAA), there are several new 2014 California laws that have either already gone into effect with the New Year or are to go into effect before the year is out.  Many of the following laws are slated to impact the multifamily housing sector.  However, they all affect California’s housing market, which is why we at ProEdge Property Management are dedicating this week’s blog to informing you.

Assembly Bill No. 60 – After January 1, 2015, this bill will require that the DMV issue an original driver’s license to any person unable to submit satisfactory proof that their presence is authorized under federal law, as long as his/her identity meets all other qualifications for licensure including providing proof that they reside within California’s state limits.

Senate Bill No. 612 – This bill will allow for a tenant to notify their landlord that they were a victim of domestic violence, sexual assault, stalking, human trafficking, or abuse and those they intend to terminate their lease.  To terminate the lease, the notification must be written and include one of the following: a copy of the restraining order, emergency protective order or documentation from a qualified third-party.

Assembly Bill No. 1092 – As of January 1, 2014 the Building Standards Commission is required to adopt building standards for the installation of future electric vehicle charging infrastructure for parking spaces in multifamily dwellings and non-residential developmental areas.

Assembly Bill No. 227 – This bill limits penalties to $500 for businesses that correct specified Proposition 65 violations, within 14 days of a notice of violation. These violations include exposure to chemicals known to the state to cause cancer or reproductive toxicity, such as engine exhaust and exposure to secondhand tobacco smoke on premises.

** Please note that the above information is for your reference only and as such should not be substituted for individualized information.  If you have any questions regarding 2014 California laws or our services please feel free to contact us at (831) 438-3343. **